US president Joe Biden has warned a Russian attack on Ukraine is still possible, and vowed to “respond decisively” if Moscow invades.

He said there was still plenty of room for diplomacy – but insisted the United States would “defend every inch of Nato territory with the full force of American power.”

Biden made a series of threats in his televised address on Tuesday evening, saying he hoped to deter Russian aggression.

But a peaceful path to resolving the crisis was still open, he stated.

The US has not yet verified Russia’s claim that troops are returning from Ukraine’s border.

Mr Biden cautioned they were still in a position to attack, and the US has called on Moscow to provide proof of deescalation.

But Vladimir Putin also wants assurances. Earlier, he called for a guarantee that Ukraine will not be allowed to join Nato.

It came as he expressed a willingness to discuss security measures with the West.

He did not want war in Europe, he said – but he was not satisfied with recent promises over Ukraine.

He said Moscow was ready to continue talks with Nato on security matters, but only “as a package” with the question of alliance membership for Russia’s neighbour. 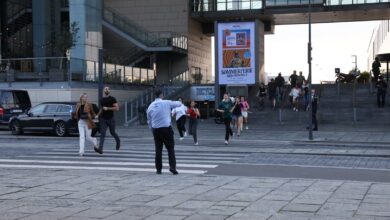 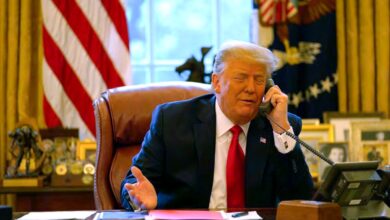