A Ukrainian family kicked out of their home weeks after arriving in the UK “can finally sleep again at night” thanks to a Good Samaritan.

Maxim and Olga Hyryk were living in fear a knock on the door could leave them homeless at any moment after their landlords suddenly told them to leave the two-bedroom bungalow they had been staying in Fareham, Hampshire since May.

The family had fled Russia’s invasion and come to the UK under the government’s Homes for Ukraine scheme.

The parents, both 36, were struggling to find somewhere to live with their five young children and both their mothers after being rejected by 15 landlords despite raising more than £20,000 to secure a new home,The Independent revealed last week.

Now though, a British midwife who moved to New Zealand to live with her husband 11 years ago has offered the family of nine a house she still owns in the UK, after reading about their plight.

The 67-year-old woman, who wishes to remain anonymous, had been renting out her property as a holiday let but is now cancelling bookings to free it up for the Hyryk family.

She has already signed a tenancy agreement until the end of May 2023 stating the family will not have to pay rent and they hope to move in early next month in time for the new school term.

Mr Hyryk said he was “so grateful” to the woman – but that the move would be bittersweet because the family would have to move five hours away from their current home where they have already formed strong bonds in the community.

He told The Independent: “We are so happy because it’s the main step for us – but we are also sad because we have a very nice neighbour who helped us and she became a real member of the family, she is like our third grandmother.

“I don’t know how we will say to her we are going to leave.

“It doesn’t matter where I will be in the future, I will remember them for all of my life.”

The father, a trained lawyer who has worked on high-profile cybercrime court cases in Ukraine, said the parents had told their children about the new house, but they “didn’t really understand”.

“I can’t believe even now because it’s a very generous offer that she has made,” he said.

Mr Hyryk and his wife are sharing their current bungalow with seven-year-old twins Maxim and David, two-year-old twins Amiran and Tamerlan, one-year-old daughter Nikol, and mothers Anna, 70, and Olena, 60.

Amiran has autism and Anna has dementia; both requiring round-the-clock care.

Their future landlady, who had planned to use her UK home for six months of the year during retirement, said she was also from a big family and that helping Hyryks was a “no brainer”.

She said: “When I saw the Independent article on my news feed about this family about to be evicted I thought ‘They will be fine, someone’s bound to pick it up’ so I just made a donation. 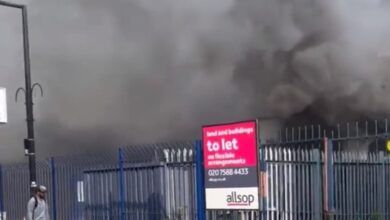 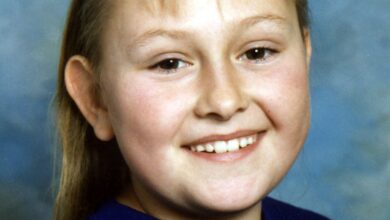 More than 1,000 children abused by grooming gangs in Telford amid decades of failings 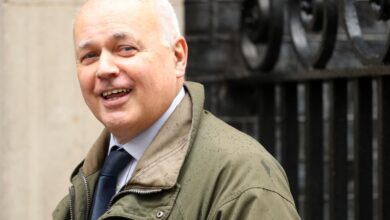