The door to the classroom where Uvalde gunman Salvador Ramos carried out his murderous rampage may have been unlocked the entire time while police officers waited 77 minutes for a key and 19 children and two teachers lay dying inside, according to a bombshell report.

Surveillance footage from inside Robb Elementary School shows that police officers responding to the 24 May mass shooting never even tried to open the door to the two connecting classrooms where the gunman was holed up with his dying victims, a law enforcement source told the San Antonio Express-News.

The source said that investigators may have assumed that the door had automatically locked – but that evidence now suggests it was open throughout the one hour and 17 minute delay now believed to have cost lives.

Classroom doors at the elementary school are designed to automatically lock when they are closed, meaning that entry is only possible using a key.

However, investigators believe there was a malfunction in the system that day.

It was this malfunction that is now thought to have enabled the gunman to enter the building in the first place, the source said.

Surveillance footage shows the 18-year-old gunman entered Robb Elementary School through an exterior door that had been closed by a teacher but had failed to automatically lock.

Officials had previously falsely accused the teacher of not closing the door.

Ramos then managed to also open the door to one of the two adjoining classrooms, entering and opening fire.

Two minutes after he entered, the gunman briefly left the classrooms again.

He was spotted on footage in the hallway, before reentering through the classroom door again, the source said.

Ramos did not use a key to enter and it is claimed that he would not have been able to then lock the door from the inside.

Investigators are now probing whether the door to the classroom was unlocked during the entire one hour and 17 minute siege.

Even if the door was locked, the source said that law enforcement officers had access to a crowbar-like tool the entire time that they could have used to force entry.

The damning report comes after officials previously blamed the delayed response on them being unable to get through the locked door and needing to wait for a key to get inside.

Uvalde School District Police Chief Pete Arredondo – who was in charge that day and has come under fire over his response to the mass shooting – broke his silence in an interview with The Texas Tribune last week, claiming the classroom was locked and that he spent much of the time trying to find the right keys to enter the room.

He told how he had called for keys to the room and a custodian turned up with a large key ring, containing dozens of keys which he tried to use to enter.

However the source said that the police chief was actually trying those keys out on other classrooms to find the master key – and not on the classroom where the gunman was holed up with his victims.

In total, law enforcement officers waited 77 minutes from the time the shooting started inside the school at 11.33am before a Border Patrol tactical unit stormed the classroom and shot Ramos dead at 12.50pm. 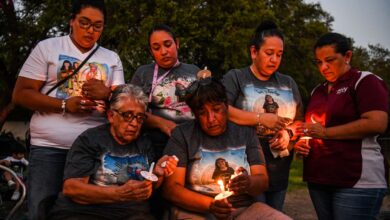 ‘I’m begging you, I have four kids’: Uber driver pleaded for her life before passenger shot her dead, police say 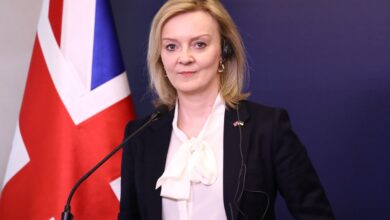