We all have that one cancelled TV series we’re still bitter about. Maybe it’s Freaks and Geeks. Deadwood. Firefly. The Critic. Twin Peaks. There’ll always be a reason for its cancellation – low viewership, runaway production costs, terrible reviews. It might even be a reason you agree with. The sudden passing of a star, perhaps (Bill Paxton’s Training Day), or too many dead horses (Luck). But that rarely makes it easier to accept.

Time was when Netflix seemed like an avenging angel when it came to TV’s wrongful cancellations. Back in 2013, one of the streaming service’s first high-profile original projects was a revival of Arrested Development, the cult sitcom whose 2006 cancellation by Fox was long regarded as one of the most egregious instances of TV executive wrong-headedness. Among the other series to have been resuscitated by Netflix’s cash-infusion CPR were Gilmore Girls, Black Mirror, Star Wars: The Clone Wars, and You. And yet, Netflix has proved itself more than willing to indulge an itchy trigger finger when one of its own shows isn’t doing the business. Obviously, a content producer with Netflix’s scale – cranking out at least one new series a week, on top of weekly film releases and comedy specials – is going to inevitably produce a lot of flotsam. But some of the best programmes the streamer has ever produced have also been cut down in their prime. Glow; Tuca and Bertie; Dark; Sense 8; Lady Dynamite; even BoJack Horseman, one of Netflix’s standout critical hits, was brought to an end against the wishes of its creator. Meanwhile, look at the list of series that have been renewed, and you will see a haphazard buffet of the good and the mediocre.

Falling squarely into the latter category is Space Force, a live-action sitcom focusing on the workplace dysfunction of a Nasa-like space agency. One of the few out-and-out comedies to achieve real prominence on the streamer, Space Force returns tomorrow for its second season, following a first that Netflix says was viewed by 40 million households. It’s fair to assume this success was a testament to its cast – fronted by Steve Carrell, Ben Schwartz and John Malkovich – rather than its own dubious comic merits. Reviews were damning; the first run of episodes seemed to disappear from the public consciousness within days of its release.

Space Force’s second season is an improvement on its first. (This is often the way with sitcoms, which often need a solid run of episodes for the cast to build up chemistry, for running jokes to bed in.) But it’s still a long way from brilliance. It’s a workplace sitcom that somehow makes the space industry seem drab, one that provokes occasional chuckles rather than belly laughs. The humour is somehow simultaneously too broad and too conservative; Carell is a greyer version of a character we’ve seen him play too many times before. Compared to, say, Maria Bamford’s endlessly inventive (but short-lived) Netflix sitcom Lady Dynamite, Space Force is stale toast. So why do these lacklustre shows keep getting renewed?

Of course, Netflix is a business. In theory, it is less bound to the whims of audience ratings than traditional broadcasters – it doesn’t rely on advertisers for income, and has always been extremely secretive about releasing viewing figures to the public. But it’s a business nonetheless. A dismal show that millions of people watch is going to be axiomatically more appealing, in purely financial terms, than a masterpiece watched by a couple of hundred thousand. During its early forays into the world of original programming, critical adoration may have been enough to sustain a struggling series on Netflix. But now, with a cupboard full of Baftas, Emmys, Golden Globes and Oscars, Netflix’s desperation for validation has pretty much dissipated.

But it doesn’t have to be this way. HBO’s ground-breaking crime drama The Wire kept getting renewed for five seasons despite low ratings and a dearth of awards. Now it’s regarded by many as the best series ever made. HBO showed similar leniency with David Simon’s even-less-marketable follow-up Treme, allowing it to run for four seasons despite viewership numbers that would have sunk it at other networks. It’s rare for companies to take this kind of tack; patience doesn’t necessarily equate to profit. But Netflix has always branded itself as a disruptor, unshackled to the norms of TV’s old guard. Too often, it seems to be solely interested in churning out the kind of bland, consumable filler that’s been the scourge of TV for decades.

TV is an uneasy tussle between art and commerce at the best of times. For art to stand a chance of winning out, Netflix has to draw the line somewhere and accept that it’s sometimes more important to be right than to be popular. Until it does that, then it’s going to keep letting its best, most interesting gems fall through the cracks. Space Force won’t even make it to the stratosphere. Netflix has cast aside series that could have reached the moon. 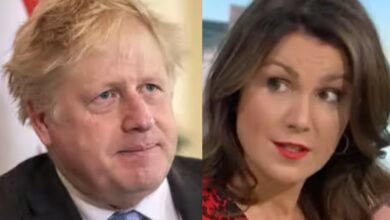 Charithra Chandran says she felt pressure on Bridgerton set: ‘What if I messed it up for future Indian actors?’ 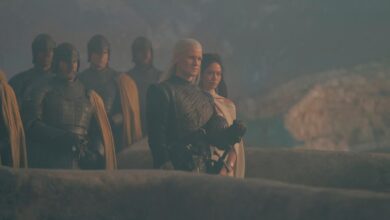 House of the Dragon, episode 2 recap: The wheels of plot begin turning as King Viserys picks his new bride