The two men, sitting side-by-side, are becoming tearful. Their brows crease; their eyes moisten; their mouths part, as if in preparation for the gasp that precedes a sob. And then Roger Federer’s hand reaches for Rafael Nadal’s.

In touching each other’s hands at last week’s Laver Cup, Federer and Nadal seemed to touch the tennis-watching public; social media was awash with emotional reaction. Federer had just played the last game of his career, and here was a moving coda. The two great rivals had fought for years over tennis’ biggest prizes, and now, with the era at a close, they were reaching to each other for comfort. The moment is captured in a widely-shared photo, an image nonetheless moving for being still.

Had Federer slapped Nadal on the back, we can surmise, the image would not have prompted nearly so broad a circulation, nor so emotional a response. The hand-holding was, to those who shared or commented on the image, an eye-catching expression of intimacy. What, the Independent asked the anthropologist Robin Dunbar, can we learn from this?

The hand-holding, Dunbar says, is a comforting gesture of the kind that, in the face of emotional upset, might cause an endogenous morphine response in both parties. Federer, having sensed Nadal choking up, is giving his old rival a token of his support.

“People don’t do that if they don’t actually get on with each other, if you like, off the court,” says Dunbar. “But I think the background is the observation that [Andy] Murray made, that this was an end-of-an-era event for them. They all felt that. They could let their hair down and be less focused and more congenial. It would be natural for them, because I think all of those four” – Federer, Nadal, Murray and Novak Djokovic, all present that evening – “do get on quite well off the court.”

Dunbar, who is an emeritus professor of evolutionary psychology at the University of Oxford, is also the author of Friends: Understanding the Power of our Most Important Relationships. In the book, recently published in paperback, Dunbar explains the tactile component of friendship, as well as the ways that friendship differs between genders and cultures. He also writes about the number of friendships we can maintain: about five close friends, and about 150 acquaintances with whom we have enough history to support familiarity. Primary schools and military units often number around 150, a figure now known in psychology as “Dunbar’s number”.

In a friendship between British males, hand-holding of the kind exhibited by Federer and Nadal would be unlikely even within a top-five-close-friends situation. “We are a bit of an outlier,” says Dunbar, also the author of How Religion Evolved. “Most cultures, or many African and Middle-Eastern cultures, and maybe even Far East and southern Far Eastern cultures, are quite often to be seen walking hand-in-hand.”

Even in Europe, British levels of tactility do not represent the norm. Dunbar’s research group has found that Italians, among others, are more touchy-feely than northern Europeans (perhaps the group also found, in its travels to Italy, that the Pope is Catholic). The Japanese and Russians are as averse to bodily contact as us British. “That said, we do an awful lot of patting on the back, and clapping arms around the shoulders, during the course of normal conversations.”

But why is there this cross-cultural difference? One wonders whether it’s somehow related to the climate; Dunbar, by way of contradiction, refers to the surprisingly tactile Finns. “It’s bizarre, really, but some of these cultural habits have very, very deep roots, way back, so whether it has anything to do with Germanic cultures, going back into the mists of time pre-Romans, I don’t know.”

These ancient cultural differences persist, says Dunbar, citing the Romans’ horror at the amount of boozing enjoyed by the hardy Germanic and Celtic tribes at the Empire’s northern extremes. Of the drinking, Dunbar says: “The Romans were simply dumbstruck. They couldn’t understand why people were doing that. And we’re still doing it! That’s exactly what Brits and Germans do when they go on holiday to Marbella or whatever, while the Italians and the Spanish are quietly sipping a glass of wine.”

It is not solely among Italians and Spaniards that hand-holding is unremarkable. Women, says Dunbar, are “much more touchy-feely than men are. That was very clear in our surveys, right the way across these countries, including Japan. What we were looking at was where, on their body, people were happy to be touched by other people or to touch other people. Women were much happier about being touched over a large proportion of their body than men were, across all these cultures, and very consistently.”

This is symptomatic of the main difference, in Dunbar’s view, between intra-male and intra-female friendships. Female friendships, Dunbar says, “in general are much more intense, at the best of times, than men’s. Men’s are a lot more casual.” (Dunbar seems to enjoy poking fun at male friendship, telling me in a previous interview that men will be friends with anyone who can lift a pint.) “So you anticipate a lot less physical contact with men anywhere. Part of the problem here is the usual one of people inferring all from some, so people from ice-cold Britain going to Arabia and seeing a couple of blokes walking down the road holding hands, and going, ‘Look, they all do it.’

Even in Britain, younger males will exhibit that kind of affectionate, tactile behaviour, only to stop when they learn that the behaviour might attract homophobic jibes from classmates. “If you look at younger boys, primary school age, they’ll do that more. It’s only in secondary school where you start getting ‘You’re gay.’”

This conflation between affection and attraction, and the view of that attraction as something to be shunned, might be a hangover from Victorian conceptions of morality, Dunbar guesses. “But I’m not sure if anybody really knows. It’s just one of those cultural things. The problem with boarding schools was this ethos of toughness, toughening you up to run the Empire. But at the same time you’ve got natural levels of affection between boys and young men, and that creates all kinds of tension.”

Are 21st-century men missing out on some crucial element of human bonding? Should we lament, I wonder, that we don’t hold hands, or do we get the same effect from back-slapping and putting our arms round each other’s shoulders? Dunbar thinks it’s the latter – he thinks the bonding effect is not intrinsic to the specific gesture. Chuckling again, he brings up rugby, a sport that is ostensibly highly masculine but also slyly tactile.

Dunbar, 75, has something like an outsider’s view on the British. He grew up in what is now coastal Tanzania, one of those places where tactility is a little less uncommon than in Britain, before coming here for secondary school. “Pretty much everybody that I grew up with found this transition to school in Britain anything from peculiar to very stressful. It was a very different culture, and our life experiences were very, very different and very multicultural. Most of us were bilingual in whatever the local languages were.”

With that outsider’s view, he ponders whether male hand-holding might become more common in Britain. “That’s always possible,” he says. “It’s like air-kissing, which shockingly crossed the Channel from France. Heaven forfend! It changes as a result largely of movement of population, or exposure.”

In the 18th or 19th century edition of the Grand Tour, Dunbar says, aristocratic Britons would go to France and Italy and “look askance at all these Continentals kissing each other, and come back home shaking their heads. But once we have a lot of population movement – let’s say lots of people coming over from the Continent – they bring their local habits with them. Those habits get introduced into the home population, because it’s trendy or it’s cool. I guess that’s what happened with air kissing.” 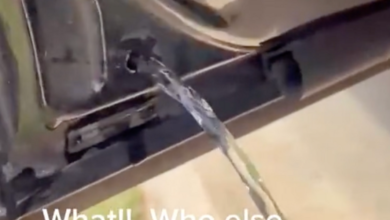 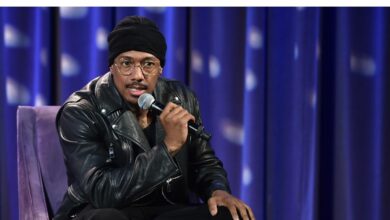 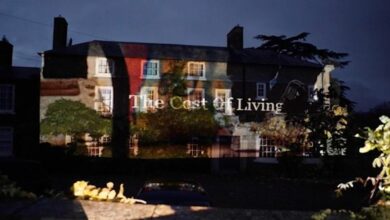 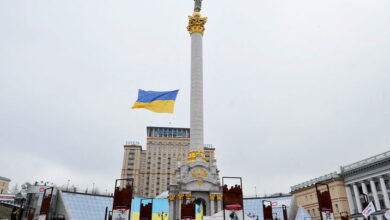