Grant Shapps has raised some eyebrows by saying cyclists should be forced to wear number-plates, get mandatory insurance, and follow new speed limits.

The Transport Secretary’s proposals, briefed to the Daily Mail in the middle of a Tory leadership contest, are as deliberately incendiary as they are impractical.

Quite simply, this is not going to happen – and Shapps knows it. No need to take my word on this: the transport secretary’s own department looked at the question as recently as November 2018.

In its report the Department for Transport concluded: “The Government has no plans to introduce a registration and licensing regime for cyclists because the costs and complexity of introducing such a system would significantly outweigh the benefits”.

The review found the safety case for such a system was not strong because “bicycles involved in collisions on the highway are far less likely to cause serious injury to other road users”, and “cycling has clear benefits” for wider society, which a registration and licensing system would “significantly reduce” by deterring.

One particularly strange thing about Shapps’ intervention is that this government has been indisputably the best administration in living memory when it comes to supporting cycling – and Shapps himself has overseen this process.

His department has provided unprecedented funding for new safe infrastructure, and it has set out high quality standards for how that cash can be spent. The government has modernised the Highway Code to protect people cycling on roads and set up Active Travel England to institutionalise its approach after it leaves office.

None of this is natural territory for a Conservative government, and it is apparently being driven directly from Downing Street. Boris Johnson himself, who reasonably regards improvements to cycling as one his positive legacies as Mayor of London, is supportive, while his special advisor Andrew Gilligan deals with the details.

So why is Grant Shapps coming out with these ideas, and why now? Unless you’ve been living under a rock you may have noticed that the Conservative party is going through a leadership election, and the country will have a new prime minister next month. It will also have a new Cabinet.

Shapps’ interventions, briefed to the Daily Mail, appear to be an attempt to make sure he is not seen as too closely tied to this legacy – or to at least show that he is happy to distance himself from if required of him by his incoming boss.

It isn’t clear what Liz Truss or Rishi Sunak’s view on all this is, but the government’s positive approach to cycling has not been universally popular with other Tories. Advisor Andrew Gilligan has sometimes been the target of negative briefing in the Conservative-supporting press and grumbling by Tory MPs.

The approach has also put central government at odds with petrol-head Conservative councils everywhere from Kensington and Chelsea to the Tory shires. Perhaps even more strangely, it has created a situation where Labour-run local authorities are often the most enthusiastic supporters and implementers of government policy.

This cross-party working is great from the point of view of anyone who wants to get around town safely on a bike, but it is also politically difficult to sustain and may or may not be something that continues when Boris Johnson leaves No.10 next month.

Thus Grant Shapps, with both eyes on his own political future, is throwing a little bit of anti-cycling meat out for the Tory press before the new prime minister comes in. It is a pitch to keep his job, essentially.

The drafting of Daily Mail article hints that employment on the transport secretary’s mind – noting that “Mr Shapps may no longer be transport secretary in the new prime minister’s Cabinet” but that he hopes his successor “will be urged to press ahead with the review”.

It seems very unlikely to me that Shapps’s proposals will ever actually come to fruition, for the reasons spelled out by his department a couple of years ago, and the fact that even he probably doesn’t believe they’re a good idea. Though I suppose stranger, dumber things have happened. 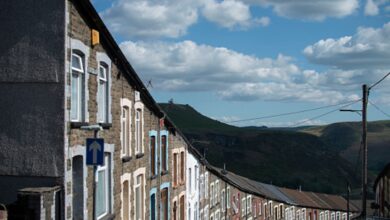 Wales to clamp down on second homes and holiday lets 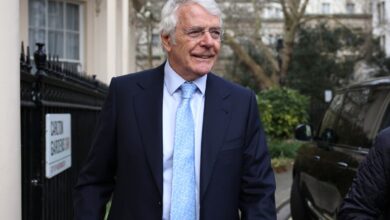 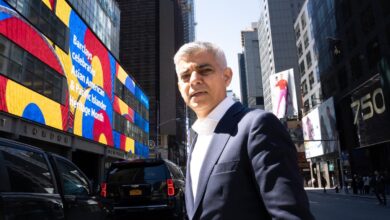