“Do you know what it’s like to lose your home, your job, and told you have lost your country? To have to uproot yourself and try to escape, not knowing whether you are going to make it?” asked Darya.

“And you have to be really unlucky to have this happen to you twice in one lifetime”, she added with a bitter laugh. “But I am sure it is not going to happen a third time. I am also sure that, with God’s help, we will go back to both our homes.”

Darya and her husband Yuri and two children are the latest in the exodus triggered by the war in Ukraine. They are among the people who have fled from the Russian occupied south of the country in desperation as referenda ordered by Moscow was followed by annexation.

Vladimir Putin declared on Friday that four regions of Ukraine – Donetsk, Luhansk, Kherson and Zaphorizhzhia – were now part of the Russian Federation, further eroding the possibility of peace, and signalling that this long and bloody war is set to continue for a long time.

Darya, 34, her 39-year-old husband Yuri and daughter Natalya, 10, have been through this before. They left Crimea after it was annexed, again after a referendum, by Russia eight years ago.

It was a traumatic time they had tried to forget as they settled near Melitopol starting to build their lives against from scratch. Yuri worked as an accountant, Darya ran her own jewellery business.

The family stayed on after Russians took over, initially determined to stick it out for as long as possible, and hoping Ukrainian forces would liberate the region soon.

Darya went on protest marches on the days after the Russians captured the area. She persuaded Yuri to stay at home and look after the children, pointing out that an arrest could lead to him being conscripted into the Russian armed forces.

Separatist officials, with Russian soldiers, had already called three times at their home. He had managed to get away each time before they arrived at the door.

The couple decided, finally, to leave after Moscow called the referenda.

“Now the possibility was that we would have to take Russian citizenship and they would take me into the army. That was a real worry for many people: we heard of some men ‘accidentally’ breaking their arms to avoid conscription,” Yuri said.

There was also concern that Darya and the children may be taken to Russia under Moscow’s ‘filtration’ system, which had seen thousands of people disappear over the border.

“If that happened I was convinced that we would never see each other again, we couldn’t face that,” Yuri explained, after arriving in north-western city of Zhytomyr following their eventual escape.

The decision brought back memories of leaving Crimea. Darya and Yuri talked of the sense of anger, and then deep apprehension, as the result was announced. 97 per cent of people supposedly voted to join the Russian Federation on an 83 per cent turnout.

I was reporting on the referendum from Crimea at the time and colleagues and I had suggested that the Ukrainian and Tartar communities in Crimea should take part in the vote making it more difficult, with international media present, for the Kremlin to manufacture absurdly high figures in the outcome.

“We were among those who did not take part. I know there were some arguments for it, but what was the point, we thought, when they were going to rig the numbers anyway”, said Yuri.

“Perhaps it was difficult for foreigners to understand, but we felt it was wrong to take part in something illegal imposed on our country.”

Coercion of the Ukrainian and Tartar communities in Ukraine to take part in the vote was limited at the time from the separatists and the Russians, although there were examples of intimidation. And for Darya and Yuri, leaving Crimea with Natalya – on a train from the capital, Simferopol, to Kyiv – was not too difficult at that time.

“It was very sad as we were leaving close family behind, but we didn’t feel physically threatened. But we had a Tartar friend who was beaten very badly by them [the separatists] he could not walk for weeks, we thought we would be next”, said Yuri. 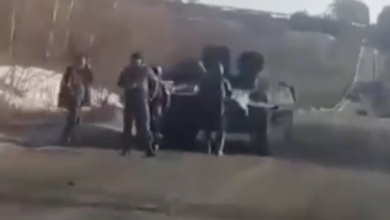 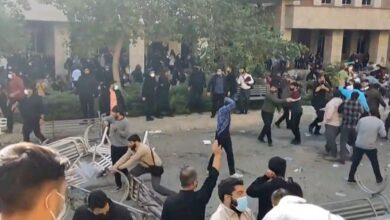