Wordle. It’s the daily word game that’s captured the world’s attention with everyone from Richard Osman to comedian Rosie Jones trying to master the five-letter word of the day.

In fact, the game in which users have six attempts at guessing the daily word is thought to be played by three million people globally.

Created by Josh Wardle, the game was acquired by The New York Times (NYT) earlier this month for an undisclosed seven-figure sum. Not bad for the simple game Wardle created as a gift for his partner.

Since it exploded in popularity — and onto our Twitter feeds — at the beginning of the new year, people have been posting their daily scores with the telling yellow and green squares. But why are we so obsessed with the game?

“A big part is the social — and yet not really competitive — aspect of Wordle,” professor of linguistics and head of English language and linguistics at the University of Sussex, M. Lynne Murphy, tells The Independent.

“Friends compare scores but also wonder at each other’s strategies. There’s just enough information in the ‘share’ to make for an interesting post-mortem on your own attempt, but not enough to spoil the fun for others,” she adds.

It’s not the first time a word game has become popularised, as Murphy says many people in “wordy” circles were doing a similar thing with the NYT Spelling Bee.

She continues: “But the beauty of Wordle, and why it has taken off so much, is that it requires no subscription, takes only a few minutes to finish, and there’s only one puzzle per day. You can do it without fear that you’ll fall into a gaming hole and lose half your morning.”

Another reason behind the game’s popularity could be because you don’t need a “huge vocabulary” to participate. “The answers are words that most English speakers know. So you can’t really get angry at the puzzle when you fail to get the answer,” Murphy says.

Some users swear by starting each game with the same word. Usually vowel-heavy, some popular starting words include ‘ADIEU’, ‘STEAK’, ‘TREAD’, ‘TABLE’ and ‘AUDIO’.

But is this really the best tactic? Murphy, who is a Wordle fan herself and plays the game daily in three different languages, says she varies the words she starts with but they are always consonant-heavy.

She explains: “Consonants are more informative than vowels — there are more of them to knock out of contention. Things like ‘CLAMP’ or ‘DRINK’, which have either an ‘L’ or an ‘R’ and either an ‘M’ or an ‘N’.

“Whereas if you guess something vowel-heavy like ‘ALIEN’ at the start, you might learn that the word has an ‘A’ and an ‘E’, but a lot of words have those two vowels — you haven’t ruled as many words out.

“I like using ‘L’, ‘R’, ‘N’, and ‘M’ (linguists call them sonorant consonants) early because they combine easily with other consonants. Once I know that a word with a ‘P’ doesn’t have an ‘L’, for instance, I’ve ruled out a lot of the possible ‘P’ words.”

Murphy says she finds it “more fun” to vary the starting word each day or to play the previous day’s word so it “feels like a continuation” from the day before.

She adds: “I also play in two other languages that I don’t know as well, and in those I always start with the same word: LAGOM in Swedish (Ordel.se) and AVOIR in French (solitaire-play.com/lemot). That’s more from a lack of vocabulary than anything else!”

As much as a strategy helps, Wordle is largely about luck. After all, no one besides the developers knows what the word of the day will be. But why do some people seem to be “better” at it than others?

People who tend to follow language patterns could be giving themselves an advantage, as Murphy says some patterns are more common than others.

“Language is all about patterns,” she continues. “We also have some awareness of some letters being more common than others, especially at the start of words. It seems to me that people do worse when it’s a word that ends in a ‘Y’, which is funny because there are lots of words that end in ‘Y’. But I think we get a bit fixated on the front end of words.” 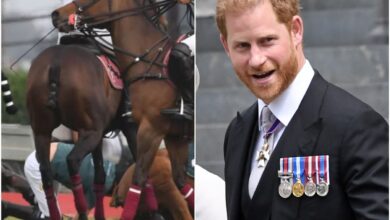 Prince Harry falls off his horse during polo match 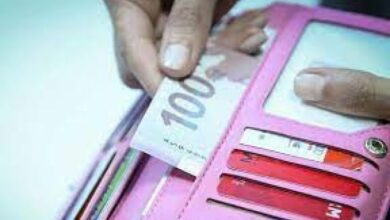 Average salary of financiers in Azerbaijan grew by 17% 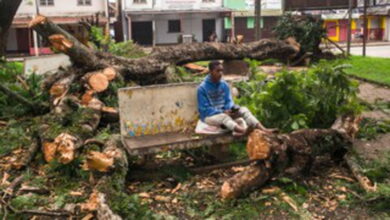