A British aerospace company has completed a groundbreaking test flight of the world’s largest aircraft powered by a hydrogen-electric engine.

The Dornier 228 was retrofitted with a full-size prototype hydrogen-electric powertrain on the left wing of the aircraft.

It was the largest plane powered by a hydrogen-electric engine to ever complete a test flight, making aviation history.

The flight took off from the company’s R&D facility at Cotswold Airport in Gloucestershire and lasted 10 minutes.

At 1.35pm on Thursday afternoon, the aircraft completed taxi, take-off, a full pattern circuit, and landing; all systems performed as expected, according to ZeroAvia.

It was the largest ZeroAvia engine tested to date, and is part of a process which the company hopes will see it deliver commercial hydro-electric flights by 2025.

Val Miftakhov, founder and CEO of ZeroAvia said: “This is a major moment, not just for ZeroAvia, but for the aviation industry as a whole, as it shows that true zero-emission commercial flight is only a few years away.

“The first flight of our 19-seat aircraft shows just how scalable our technology is and highlights the rapid progress of zero-emission propulsion.

“This is only the beginning – we are building the future of sustainable, zero climate impact aviation. Our approach is the best solution to accelerate clean aviation at scale.”

The landmark flight forms part of the HyFlyer II project, a major R&D programme backed by the UK government as part of its ambitions to develop zero-emission flights.

Secretary of state for business, Grant Shapps, said: “Today’s flight is a hugely exciting vision of the future – guilt-free flying and a big step forward for zero-emission air travel. It also demonstrates how government funding for projects like these is translating into net zero growth.” 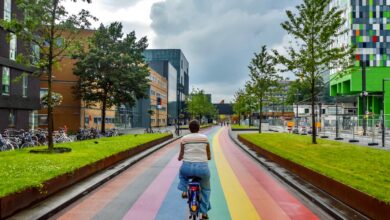 How to cycle in the Netherlands like the Dutch do 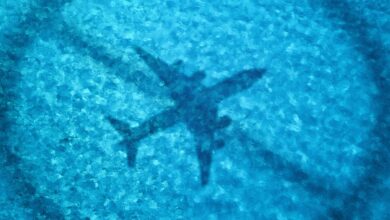 Zero Altitude: How going flight-free can help save the planet – and change how you see the world