While Liverpool were well below their best, Fulham and Aleksandar Mitrovic might finally be showing they have risen to the level required.

That actually felt the most significant element of this hugely entertaining 2-2 draw at Craven Cottage, even if most of the discussion will primarily be about how Jurgen Klopp’s have already fallen behind in the title race. That was because there were so many stretches of this game where they couldn’t keep up with Fulham. Marco Silva’s side were the very opposite of a pushover here, as they more than took the game to Liverpool. Silva got it right, and his team should have got more.

Personifying so much of this, though, Mitrovic completely seized the game. He even embarrassed Virgil van Dijk, leading to the penalty for the second of his two goals. Klopp even had to bring in his own big forward, in expensive new signing Darwin Nunez, to level the occasion and bring the draw.

He scored the first equaliser and made a sufficient nuisance of himself that Mohammed Salah got his usual opening-day goal.

Liverpool might feel they could have had more themselves, especially as Jordan Henderson smashed the bar late on, but it would have been harsh on Fulham. Disappointment for the Reds also came in the shape of an opening-day injury to Thiago Alcantara, subbed soon after the restart.

The opening day can often be deceptive, as clubs from Blackpool to Manchester United have found, but there felt real honest substance to Fulham’s game.

For a manager that faces as many dismissive presumptions about him as his club and his striker, Silva showed some of the qualities that once saw him held up as one of the better young managers in the game. His team were for long periods the better side. They were often getting the best of 50-50s, pressing Liverpool all over the pitch. That was part of a superb gameplan from Silva.

More impressively, there were moments of accuracy amid that abrasiveness. Just as Fulham’s pressing so unsettled Liverpool, disrupting their shape and rhythm, Silva’s players were mindful of when to shift gear when a gap presented itself.

An emphatic illustration of this was the opening goal. Kenny Tete exploited that space behind Andy Robertson, before Mitrovic exploited the persistent defensive laxness of Trent Alexander-Arnold. Tete’s cross was as inviting as it was unnerving, Mitrovic matching its whip with a powerful run to leave Alexander-Arnold standing there and hammer a header past Alisson.

Two Luis Diaz moments aside, it was no more than Fulham deserved.

Silva’s side did just seem more committed and cohesive than Liverpool throughout, but there was also something off about Klopp’s attack. It was why Nunez proved so effective. It changed the entire gravity around that end of the pitch.

While Roberto Firmino was trying to move between the lines and offer the occasional touch – one of them an admittedly fine through ball for Salah – it actually made Liverpool easier to defend against. They were trying to create something out of little.

Nunez was instead all presence. He wasn’t perfect, it should be said. He should have shot rather than pass to Luis Diaz for his first big moment, and some of the touches remained uncertain. The fact he wasted a chance with one flick and then scored with the next, however, was the best possible indication of a player adapting and willing to persevere.

The fact Salah so easily found him was also an indication of something else, that changed everything about the match.

In contrast to Firmino often disappearing and appearing into space, Nunez offered a gravitational pull all of his own. He attracted the ball every time, but also three Fulham defenders. That had the multiplying effect of also freeing Salah, which was were that equaliser came from.

It was just Silva had his own presence up front. Mitrovic continued to show that he is ready to finally go up a level in the Premier League, with a performance that had so much more about it than his physical force.

There was also finesse, and sleight of feet, as he first got Van Dijk into a one-on-one situation and then – in perhaps the biggest shock of the day, beyond even Fulham’s goals – lulled the great defender into the clumsiest of fouls for a penalty.

MItrovic himself stepped up, and beat Alisson. It was all the more impressive because that was just at the point when Liverpool were in control and on a wave.

Fulham instead had the advantage. The pattern of play had already been tilted, though. 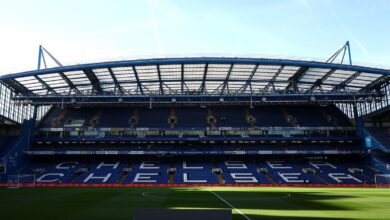 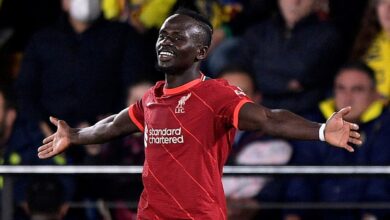 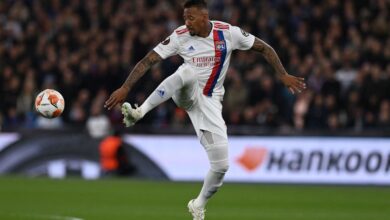