Tributes have been paid to a British scientist who became the world’s first full “cyborg” after he died aged 64.

Dr Peter Scott-Morgan refused to accept his fate following a diagnosis of motor neurone disease in 2017.

He said he wanted to push the boundaries of what science can achieve so decided to extend his life and become fully robotic.

Dr Scott-Morgan, of Torquay, Devon, later said he had fully completed his transition into the world’s first full cyborg – called Peter 2.0 The world-renowned roboticist has had to undergo a series of incredibly complex and risky operations during his journey.

This included developing a remarkably life-like avatar of his face before he lost any muscle.

The avatar was designed to respond using artificially intelligent body language and he has also explored eye-tracking technology to enable him to control multiple computers using only his eyes.

And the final procedure in his robot transition saw him successfully trade his voice for potentially decades of life. An announcement was posted on his Twitter revealing his death.

“To Peter’s amazing rebel supporters: With a broken heart, I’m letting you all know that Peter passed peacefully surrounded by his family, and those closest to him. He was incredibly proud of all of you who supported him, and his vision of changing the way people see disability.”

Dr Scott-Morgan underwent intensive surgery in his transition including a series of operations to insert a feeding tube directly into his stomach, a catheter directly into his bladder and a colostomy bag directly on to his colon, to allow him to deal with feeding and toilet problems.

He also underwent a laryngectomy to avoid the added danger of saliva potentially entering his lungs – which he described as trading his natural voice for “potentially decades of life”.

He relied on synthetic speech and has developed a life-like avatar of his face, designed to respond using artificially intelligent body language.

He has also explored eye-tracking technology to enable him to control multiple computers, undergoing laser eye surgery to give him perfect vision at 70cm – the distance from his computer screen.

The scientist set up a foundation with his husband and lobbied MPs for support for his “Right to Thrive” campaign calling for more funding and a change to healthcare guidelines.

He said fewer than one per cent of those with MND are provided with the “life-saving combination” of a tracheotomy and a cough-assist machine to clear the lungs of phlegm.

“We need to make a noise that rises above the clamour of business as usual and Brexit,” he said. “For far too long, the voice of MND has been largely unheard.” 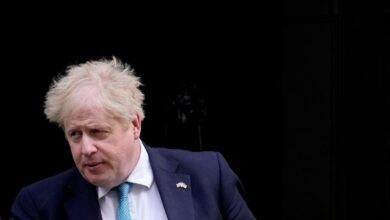 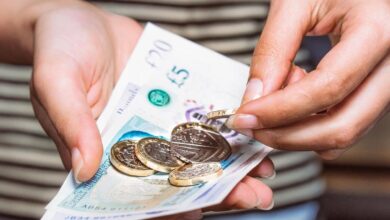 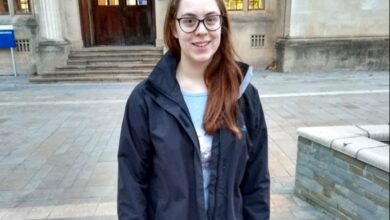