Former Conservative MP Owen Paterson has claimed that the lobbying investigation that sparked a government scandal ending with his resignation breached his human rights.

The Brexiteer has lodged a formal complaint with the European Court of Human Rights (ECHR), which formally asked the British government to respond to his allegations on Tuesday.

Mr Paterson has complained to the Strasbourg court that his Article 8 rights under the UK Human Rights Act, relating to respecting his private and family life, had been infringed.

An official notice said the ex-MP claimed the finding that he had breached the code of conduct “damaged his good reputation” and that “the process by which the allegations against him were investigated and considered was not fair in many basic respects”.

If the case, believed to be the first time a British MP has complained to the ECHR, is taken forward and the court finds that Mr Paterson’s rights were breached, the UK will have to implement its judgment and remedy any unlawful conduct – potentially by overturning the original standards investigation and running a new process.

Mr Paterson resigned as the MP for North Shropshire in November 2021, after being found by Commons authorities to have lobbied the government on behalf of two companies paying him more than £100,000 a year.

The Committee on Standards recommended a 30-day suspension after a series of conduct breaches were found, but the scandal deepened when then-prime minister Boris Johnson moved to overhaul the misconduct system.

The government performed a U-turn following widespread public outcry and Mr Paterson then resigned, while continuing to deny wrongdoing.

Mr Paterson – a staunch Brexiteer who was a member of the Tories’ hardline European Research Group – had previously called for the UK to be “freed from the writ” of the ECHR.

In a 2014 speech, he said Brexit would allow for the repeal of the Human Rights Act and allow Britain to “break free” from the Strasbourg court that oversees the ECHR and human rights laws.

“Much of the problematical immigration into this country stems not just from the EU but from the European Convention of Human Rights,” Mr Paterson said.

He added: “This is exacerbated by the rulings of judges in the court at Strasbourg and by our own UK courts implementing the Human Rights Act.”

The European Court of Human Rights has also asked the UK government to respond to a separate complaint from an unnamed life peer, who quit the Lords following an investigation into alleged sexual misconduct.

The applicant has complained that a standards report “had devastating consequences for his private and family life” and claimed the process for probing possible code of conduct breaches “did not afford due respect to the interests safeguarded under Article 8”.

The peer also claimed he had been given no opportunity to cross-examine his accuser, claiming their “credibility was in issue”.

Both complaints are at the European court’s “communication stage”, and judges have not yet declared them admissible for its consideration.

Strasbourg, which operates outside the remit of the EU, will decide whether to take the cases forward after receiving information from the British government.

Meanwhile, justice secretary Dominic Raab suggested he does not favour the idea of withdrawing from the European Convention on Human Rights.

He told MPs on the justice select committee that the Good Friday Agreement is based on a commitment to the convention, adding that it is “not entirely clear what the upsides would be”. 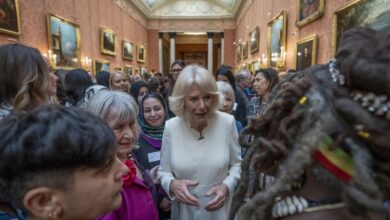 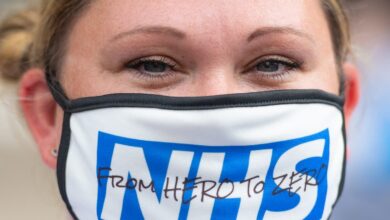 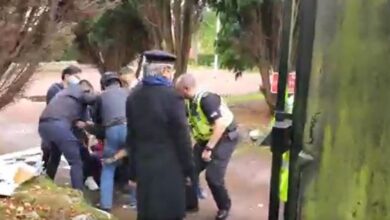