Liz Truss has told US multinational corporations that her plan for imminent tax cuts is “just the start” of a long-term plan to simply Britain’s taxes as she tries to lure investment.

The prime minister told bosses of firms including Google, Microsoft and JPMorgan Chase that she wants “lower, simpler taxes” to attract businesses to the UK during a speech in New York on Wednesday.

Ms Truss also said Britain still has a significant number of people who are “economically inactive” following the Covid crisis – vowing that her chancellor Kwasi Kwarteng’s mini-Budget would “encourage more people to go into work”.

Confirming the plan to create low-tax investment zones in “left behind” areas, she added: “While this is just the start, our long-term plan is to simplify Britain’s taxes and to make us a better place to invest and be unashamedly pro-business.”

It comes as the Institute for Fiscal Studies (IFS) warned that Ms Truss’s radical plans for huge tax cuts alongside mammoth spending on energy bill caps could put public finances on an “unsustainable path”.

The respected think tank calculated that government borrowing would hit £100bn a year – more than double the official forecasts last March, warning that public debt was potentially on an “ever-rising path”.

The IFS said there was no case for letting debt soar “indefinitely” for the sake of immediate tax cuts, arguing that Ms Truss’s claim that her cuts would create economic growth was “a gamble at best”.

As well as reversing the hike in national insurance contributions and scrapping a planned increase in corporation tax, Mr Kwarteng is also expected to cut stamp duty at his “growth plan” mini-Budget on Friday.

IFS deputy director Carl Emmerson said: “Under the new prime minister’s plans, the fiscal targets legislated in January would be missed and while we would get to enjoy lower taxes now, ever-increasing debt would eventually prove unsustainable.”

It comes as business groups warned that further support for energy bills would be needed at the end of a “short-term fix”, after Jacob Rees-Mogg outlined his plan to slash the cost of energy costs for non-domestic users for six months.

The British Chambers of Commerce (BCC) criticised the lack of detail on which kinds of “vulnerable” non-domestic customers will continue to get support beyond March. “Six months’ support is not enough to make plans for the future.”

The IFS previously estimated the cost of the business energy support package at around £40bn. The think tank said the final bill for the household energy price cap could be £100bn over the next two years, but was “highly uncertain” and could turn out to be much higher.

The national insurance and corporation tax changes would cost the Exchequer around £30bn a year, said the IFS. The economists said it would mean borrowing could hit 3.5 per cent of national income – not far off double the 1.9 per cent it averaged in the 60 years to the global crash in 2008.

“Allowing debt to rise temporarily to finance one-off packages of support, such as the energy price guarantee or the furlough scheme, in exceptional circumstances is justifiable … but the same case cannot be made for allowing debt to rise indefinitely in order to enjoy lower taxes now,” the IFS said.

The economy would have to grow by an additional 0.7 per cent a year to 2026-27 just to stabilise debt, the experts warned. “There is no miracle cure, and setting plans underpinned by the idea that headline tax cuts will deliver a sustained boost to growth is a gamble, at best,” the think tank warned.

The Liberal Democrats dubbed the Tories the “borrow and spend party” – claiming that Ms Truss’s government “has lost all sense of fiscal responsibility”.

Leader Ed Davey said Ms Truss was saying “the most extraordinary ideological things”, accusing her of leading “probably the most right-wing government in modern history”.

His party said the Conservatives were set to hand big banks a tax cut of more than £6bn over the next two years, pointing to Commons library research on the impact of freezing corporation tax.

Ms Truss has indicated that her government is willing to lift the cap on bankers’ bonuses in the City of London, despite widespread outrage among MPs, unions and economists at the proposal. 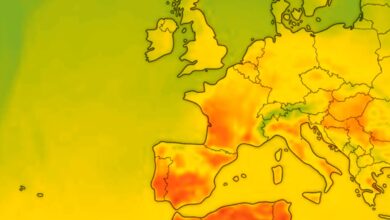 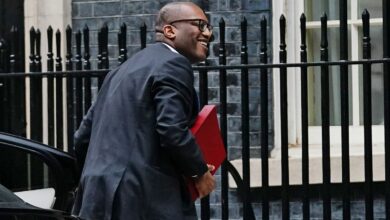