The head of the police watchdog has been forced to resign after he became the subject of a criminal investigation, the home secretary said.

Independent Office for Police Conduct (IOPC) director general Michael Lockwood said on Friday he had stepped down from the role for “personal and domestic reasons”.

However, Suella Braverman said on Saturday she was forced to take “immediate action” after being made aware Mr Lockwood was the subject of a police probe into a “historic allegation”.

“I have accepted Michael Lockwood’s resignation as director general of the Independent Office for Police Conduct,” she said.

“I took immediate action upon being made aware that Mr Lockwood was the subject of a police investigation into a historic allegation, and instructed my officials to ask him to resign or face immediate suspension from his role.

“Home Office staff are working at pace with the IOPC’s Unitary Board to put in place temporary arrangements for the organisation’s leadership.”

Mr Lockwood was the first director general appointed to lead the IOPC when it replaced the Independent Police Complaints Commission in 2018.

He said in a statement on Friday: “It is with great sadness that I have decided to resign as director general of the IOPC for personal and domestic reasons, and this will be effective from today.

“It has been an enormous privilege to serve as the first director general of the IOPC and to have led the organisation for the past five years.

“I am proud of the progress we have made and I am grateful to all our staff, the Unitary Board and external stakeholders for all their support.

“The Unitary Board will now work with the home office to put in place new leadership arrangements as quickly as possible.”

Mr Lockwood’s recent assignments had included meeting the family of Chris Kaba, who was shot dead by armed police, in September.

Kaba, an unarmed black man, was killed on 5 September after a police pursuit of his car which ended in Streatham Hill, south London.

His Audi was hemmed in by two police vehicles in Kirkstall Gardens, a narrow residential street, and one round was fired from a police weapon.

The Metropolitan police officer who fired the fatal shot has been suspended and the Independent Office for Police Conduct is investigating.

In August, Lockwood expressed concerns about cases referred to the police watchdog involving complaints about strip-searches of children by officers.

It came after two further incidents involving the strip-search of children, both 16-year-old boys without an appropriate adult present, by the Metropolitan police in custody were investigated.

‘She was our love in human form’: Grieving family’s powerful tribute to woman killed on walk home 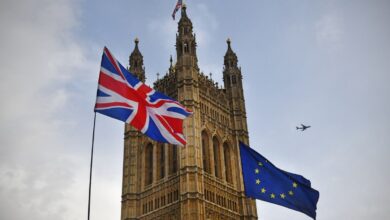 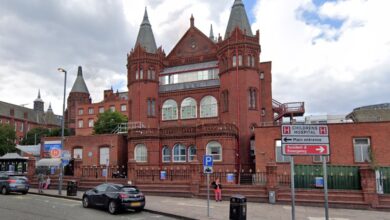