Michael Gove has picked a controversial professor who suggested non-white British-born people are not “indigenous” to advise him on levelling up plans, The Independent can reveal.

The appointment of Paul Collier, who claimed immigration has made “the indigenous British” a “minority” in London – apparently excluding ethnic minorities – has been condemned as “divisive” by anti-racism campaigners.

The development economist at Oxford University also argued, at a seminar, that people born in this country should count as indigenous only if they have integrated into British society.

In one TV interview, he also argued immigrants have led to Britons leaving the capital, asking: “Is London such a great success for the indigenous population?

The claim is based on Professor Collier’s assertion that the 2011 census revealed “indigenous” Britons are a minority in London – when it showed 63 per cent of the capital’s population was born in this country.

The appointment has been attacked as “deplorable” by a former chair of the Conservative Muslim Forum and as “dangerous” by a former Tory MEP.

Dr Halima Begum, chief executive of the Runnymede Trust race equality think tank, said: “Referring to indigenous Britons, which is a proxy for white Britons, is the incredibly divisive language used by the British National Party in the 1980s.

“What place does such divisive politics have in levelling up, where the purpose is giving everybody a decent job and access to good education?”

Sunder Katwala, director of the British Future think tank, which explores issues of race and integration, had the “unfortunate experience” of Prof Collier questioning if he is indigenous, at a seminar.

“Collier wouldn’t answer that,” he said. “It depended on how integrated I am, apparently, which is giving second-class status to British people from ethnic backgrounds.”

Maurice McLeod, chief executive of the campaign group Race on the Agenda, said: “Marginalised communities looking to the government to level the playing field will be dismayed.”

The appointment accompanied the publication of the long-delayed blueprint to level up the country – Boris Johnson’s “mission” for his government – which was widely-derided for lacking beef.

It will be guided by an advisory council with members “such as Sir Paul Collier, renowned economist at Oxford’s Blavatnik’s School of Government, providing further support and constructive analysis”, Mr Gove said.

The 72-year-old is a former director of the development research group at the World Bank and was once named by Foreign Policy magazine on its list of top global thinkers.

But he has been criticised repeatedly for the statement, in his book Exodus: How Migration is Changing Our World’, that: “The 2011 census revealed that the indigenous British had become a minority in their own capital.”

The 2013 book also attacked the “easy-access welfare system, which tempts migrants into remaining at the bottom of the social ladder” and hinders integration.

It warned of the weakening of “social bonds within the indigenous population”, adding: “As their locality becomes more culturally fragmented, people tend to withdraw from taking part in group activities and retreat into isolation. They opt out and hunker down – so society as a whole loses some of its cohesion.”

In a 2015 debate, Prof Collier was urged to admit his “glaring error” in claiming migrants are a majority in London, but replied: “No I did not get a glaring error – it’s a perfectly meaningful statement.” 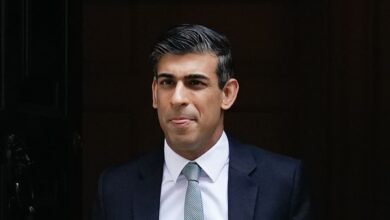 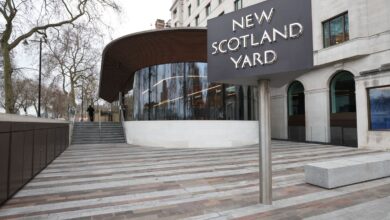 Boy, 13, arrested on suspicion of terror offence in London 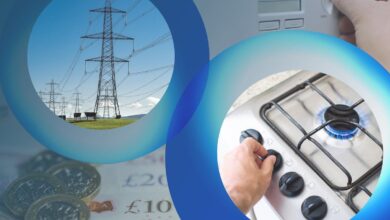