Michelle Pfeiffer has opened up about her married life with TV writer David E Kelly and how she keeps their relationship “sacred”.

The actor has been married to the Big Little Lies writer since 1993 and the couple will celebrate their 30th wedding anniversary next year.

While promoting her new series The First Lady – a retelling of American leadership through the lens of the women of the White House – Pfeiffer spoke with The Hollywood Reporter about whether or not she’d consider starring in one of his shows.

“I would,” she started, before backtracking. “But I never want to risk damaging our relationship, which is a little sacred to me.

“I think it’s a risk that you take if you work together,” she said.

Although Kelly has written many roles for women over the age of 40 on shows, including in the 2021 miniseries Nine Perfect Strangers, the two have never worked on a project together, aside from the occasional script-sharing.

Elsewhere in the interview, Pfeiffer discussed the moment her career took a pause when she moved her family out of Los Angeles after “terrifying” run-ins with the paparazzi.

However, now that her two children are full-grown adults, she and Kelly have returned to LA.

She said she doesn’t “look back” on her early career, adding : “The kinds of roles you’re offered change as you get older and, in many ways, they’re a lot more interesting now.”

The First Lady airs Sundays at 9pm ET on Showtime.

Cristin Milioti: ‘I slapped the hell out of Leonardo DiCaprio for 12 hours’ 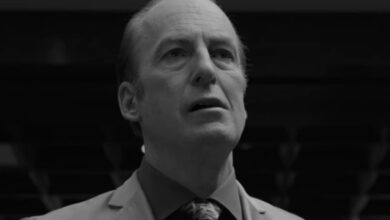 Better Call Saul finale review: Sometimes a whimper is better than a bang 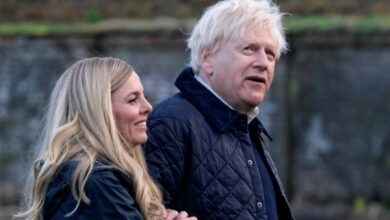