A private firm running more than 150 NHSCovid-19 testing centres, which recorded nearly £95million profit in just two years, is axing more than 5,000 jobs – letting all but 21 people go without a penny, The Independent can reveal.

Sodexo – which manages the sites on behalf of the Department for Health and has been among firms in receipt of lucrative taxpayer-funded contracts during the pandemic – has boasted its test centre workforce is “equivalent to the size of four major police forces”.

But the company is cutting the jobs of more than 5,000 people working in its Covid testing network – with their last day today.

It comes after Boris Johnson announced last month that free mass Covid testing will stop from April 1 when the provision will be targeted to the most vulnerable.

The UK arm of the multinational firm – founded in France – paid out dividends in excess of £121million and banked pre-tax profits totalling nearly £95million in the two years to 31 August 2020.

The Independent has been told some workers argue that collective consultation rules – which specify there should be at least a 45-day consultation period for 100 or more employee redundancies and at least 30 days for 20 to 99 – have not been properly followed by Sodexo.

Earlier this month, P&O Ferries sparked widespread outrage by sacking 800 workers without notice as part of a move to replace them with foreign agency workers paid less than the minimum wage.

Justin Madders, Labour’s shadow minister for employment rights and protections, said: “If people losing their jobs haven’t had a proper consultation process it’s not acceptable for any employee, let alone those who have been on the frontline of Covid.”

He added: “Doing the bare minimum, possibly not even that, is not much of a reward for the work that these people have put in, is it? They must feel pretty cheated and undervalued.”

Sodexo’s Covid testing workforce at one stage totalled 9,000-plus people, but is now approximately 8,500 in England, Scotland and Wales. In England, around 2,400 Sodexo Covid testing employees on fixed-term contracts – which were due to run until the end of January 2023 – have been sent redundancy letters serving notice that their last day is today [March 31], with about 4,400 casual workers also being let go.

Sodexo said 1,020 of those on fixed-term contracts are “going through redeployment” – it means at least about 5,800 jobs are being cut. However, there is understood to be no guarantee those people going through redeployment will be given new roles within the company. A further 981 casual workers in England on top of the around 6,800 workers have been “confirmed as redeployed” with jobs at Sodexo, the firm said.

Fixed-term contract workers at the company with less than two years’ service are not entitled to a redundancy payment. Casual workers are being let go without any payment too. The firm said 21 employees on fixed-term contracts who have worked beyond two years “will receive their legally entitled payment”.

Sodexo said there are a further 325 fixed-term contract employees in Wales and Scotland, as well as around 400 casual workers. Scotland and Wales are still under consultation, according to the firm.

On Friday, Sodexo Covid testing workers on fixed-term contracts in England were issued with redundancy letters via email.  A “generic email version of individual posted letters” seen by The Independent states: “Further to our previous consultation meetings, it is now with regret that I write to confirm that you were formally given notice that your employment within the COVID test centre network will terminate on 31 March 2022 by reason of redundancy. This is due to the closure of your site and that no suitable redeployment options were identified.

“You will be required to work all your notice period and I confirm your notice is from 25 March 2022 and your last working day will be 31 March 2022. You are not entitled to a statutory redundancy payment as you have less than two years service.”

Redundancy letters also “went out” to the around 2,400 fixed-term contract employees in England in “the few days before” Friday’s email, according to Sodexo. The approximately 5,400 casual workers in England were notified “at the end of February” that there would be no work available after 31 March, the firm confirmed. Of those, 981 casual workers were redeployed after the notification, Sodexo said.

One Sodexo employee among those losing their job, who alleges there has not been a proper consultation process, told The Independent: “We always knew it was going to come to an end, that’s less of an issue, but we feel as a group how badly we’re being treated when we’ve been on the frontline providing a service for the British public in what’s been a dangerous job in many instances… to treat us like this at the end is absolutely appalling.”

Casual workers are not eligible for redundancy consultation. However, people on fixed-term contracts being made redundant before their contract ends do have the right to collective consultation.

Employment lawyer Rakesh Patel, of Thompsons Solicitors, said: “A statutory redundancy payment is usually payable to an employee who has at least two years’ continuous employment at the relevant date and who has either been dismissed by reason of redundancy. The amount of payment is dependent on the length of service, age and weekly salary. 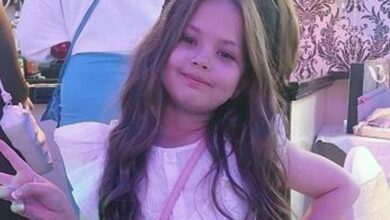 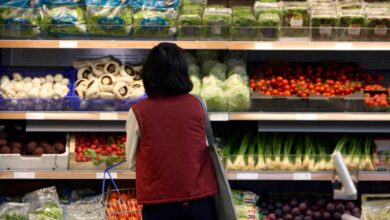 Poll: How worried are you about the cost-of-living crisis?

‘She leaves me in fear’: Craig David speaks out after being stalked by a super-fan for five years 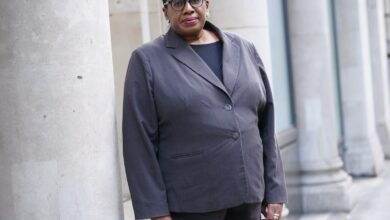 Allison Bailey: Barrister awarded £22,000 after employer discriminated against her over gender critical views