I’m afraid your dad is right: there is too much TV. It used to be a destination. You had to be in front of the set at the set time. Now it comes gushing at you from every direction. In the office, in bed, on the Tube, on the loo: TV will find you. This trend will not abate. The “second-screening” conversation about programmes you can watch while you’re on your phone has it the wrong way round. The real question is what activities can you not do while also watching TV? Surprisingly few.

As you fight through the deluge, it can be hard to see beyond next week’s schedule, but here are some reflections on four years of watching good, bad and dreadful TV. Wherever it’s going, there will be more of it.

It’s too cheap. Prediction: we’ll look back on 2017-2022 as a marvellous era when tech companies subsidised our viewing in the hope of becoming the only service in town. Or, in the case of Amazon, hoping that our love of Jeremy Clarkson would translate into nappies and dishwasher tablets. Disney has a better back catalogue, Apple and Amazon have bottomless pockets. Eventually prices will rise.

There is too much true crime. What is wrong with you all? Dead girls, suspicious blokes, unsurprising “twists”, all rolling on and on for 10 hours at a time. Is the world such a cheerful place that we want to relax with its worst bits? Luckily I think this is a fad and will be phased out, if for no other reason than producers will run out of crimes to investigate. Either that, or they’ll have to start doing the crimes themselves in order to make programmes about them, Elliot Carver-style.

Possibly this is a sign of early middle age, but there seems to be an unusual amount of shagging going on. Cheaters, Euphoria, Industry, Sex Education and Bridgerton. Whatever the genre, whether it’s a period fantasy or a high-school melodrama, the gloves and everything else are off. Is it a mirror of licentious times, or a way to make programmes more visible amid all the competition? Either way, there’s a prurience that seems a bit at odds with an otherwise censorious online culture.

Is Netflix losing its way? Compare House of Cards, one of the series with which it made its name, with Emily in Paris. One revived a strong original concept with money, talent and ambition. The other has Lily Collins trotting beneath the Eiffel Tower saying apparently the first thing that came into the scriptwriters’ heads. The contrast is a measure of how Netflix has evolved. Both programmes were popular with audiences, but only one is the kind of thing that might make you reach for your credit card. The streamer has admitted it is nearing saturation point in America, and is aiming for growth in new markets. House of Cards speaks of growth, Emily in Paris of consolidation.

Second screening. Programmes are now being made with one eye on the fact that most viewers will only have one eye on the TV. Characters must be more predictable. Subtext must give way to blatant exposition. This may be one reason for the success of so many foreign-language series: you have to concentrate on the subtitles, which means they can still treat their audience like adults.

Too much freedom for creators. On the one hand, programmes like Peaky Blinders and The White Lotus prove that trusting a distinctive authorial voice generally makes for more interesting results. But there are also plenty of super-creators phoning it in, like Ryan Murphy, or spreading themselves too thinly. Trusting in talent is not the same as paying no attention to its output. It’s partly a function of the practically unlimited amounts of cash that have been sloshing around recently, which will tighten up.

Episodes are back. Contrast the recent series of Ozark, which vanished without trace despite good reviews, with the fevered discussion around Succession or Euphoria. For flagship series, at least, binge-ability is giving way to buzz. Succession was only watched by about 100 people but you would never guess from the way everyone wanged on about it for two months. While the offer suggests everyone will be falling down a TikTok-esque rabbit hole of their personal, AI-dictated tastes, there’s obviously still a hunger for programmes to be talked about.

The most interesting people in broadcasting are on TikTok and YouTube. Especially for comedy. As Paul Whitehouse says, the funniest people in the world are 14-year-olds, so if you’re looking for the future, go where they are.

The licence fee in anything like its current format is doomed. The sooner the people running the BBC realise this and start planning accordingly, the better. Get out of the Noughties and grasp the nettle, lads!

The algorithms will improve, but for now the grid of thumbnails is still overwhelming. You are funnelled towards inferior ersatz versions of programmes you enjoyed, while new programmes you might love are buried out of sight. Critics are more important than ever…

…so it’s probably just as well that after four years and more than 200 reviews, interviews and columns, this is my last piece for The Independent for the foreseeable future. Thanks for reading. The news is heavy today, full of tanks and bombs and misery. I’m grateful to TV for giving us harmless things to bitch about. There are valid reasons to despair about the globalisation of culture, but it has its consolations, too. Whatever our other differences, we can agree that the ending of Game of Thrones sucked. It’s something to cling to. 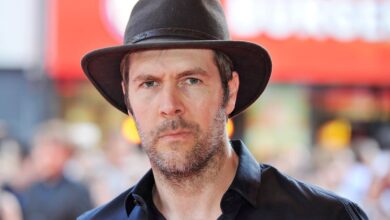 Rhod Gilbert: Comedian announces he is being treated for cancer after diagnosis

Ken Leung: ‘I’ve tried to get my mum to speak to a therapist for the longest time’ 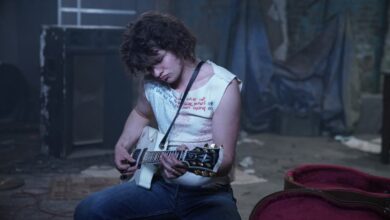